The lawn looks like a group of moles have held their annual mole manicure convention. The sofa is covered in dirt. My daughter’s toys float amongst the hairs in the dog bowl.
Barbara Woodhouse, I am not.
Crufts is never on this television.
One of the downsides of sharing Airbnb accommodation with strangers, is now and then, they bring an animal into the home, and carnage ensues.
I have a two-year-old daughter who loves dogs. Unfortunately, dogs don’t love two-year-olds. There was a time in our dim and distant past when dogs would have enjoyed the same hierarchial status as the forerunners of humanity. They would have feasted on our harmonicas and used our flesh as icing on their cake.
These days, man is in charge, and the dog knows this, but when a kid walks into the room, the dog sees an opportunity to elevate its status. Watch the way a dog imbues shame as a toddler pets it, pulls it’s ears or shoves a chopstick up its arse.
It’s all about status folks.
Dogs, like us humans, exist to maintain the status quo of our status or to increase it, and this week, the people who live in the top tier of poker’s hierarchy were turning the Bahamas into a dog-eat-dog world.

It’s going to be a defining few months for partypoker. The Caribbean Poker Party (CPP) moved to the Baha Mar Resort in the Bahamas, and as part of the festivities, they guaranteed $10m in the $25,500 MILLIONS World, and the same quota in the $5,300 Main Event. With the $20m GTD Online MILLIONS around the corner, it’s safe to say that the online giants are taking a shot.
And like a blind man taking a leak, they have missed the mark.
The $25,500 MILLIONS World attracted 394-entrants, and on any other given day, you have to say that’s a monumental achievement, but it fell short of the guarantee by $150,000.
The winner was Roger Teska, a man who spends more time playing rock, paper, scissors that live tournament poker, but squeezed that limited experience into a few halcyon days that netted him $2m after beating Steve O’Dwyer, heads-up.
O’Dwyer was one of three people who banked million dollar scores. It’s been an incredible year for O’Dwyer, who has now earned more than $6m playing live tournaments in 2018, and more than a million in the online realm (where he currently ranks #10 in the PocketFives World Rankings).
The other player to win a million bucks was the regally named Charles La Boissoniere. It’s the first time the Canadian has ever cashed in a $25k, but it’s not the first time he has made a deep run in a partypoker LIVE event after finishing fifth in the MILLIONS North America event for close to half a million dollars back in April.
Here are the final table results: 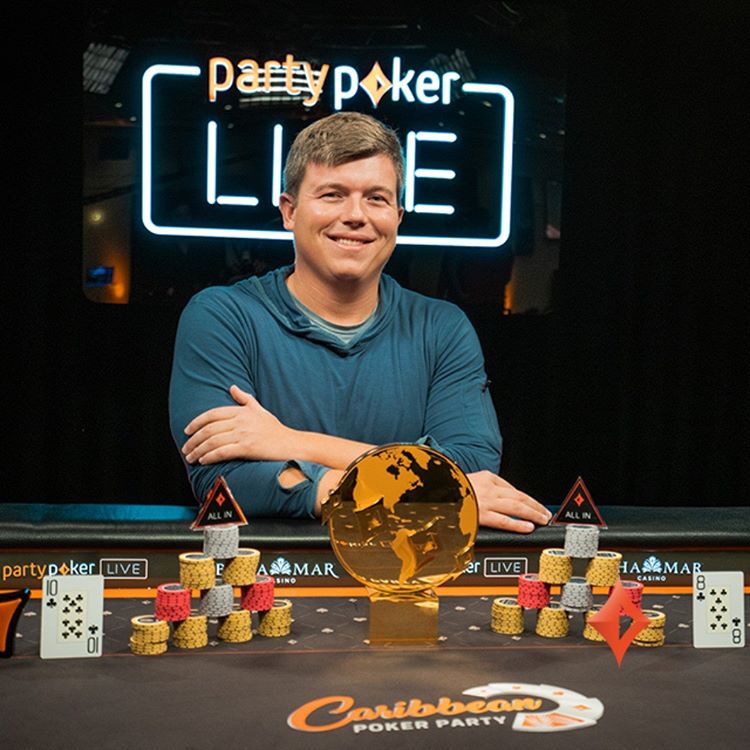 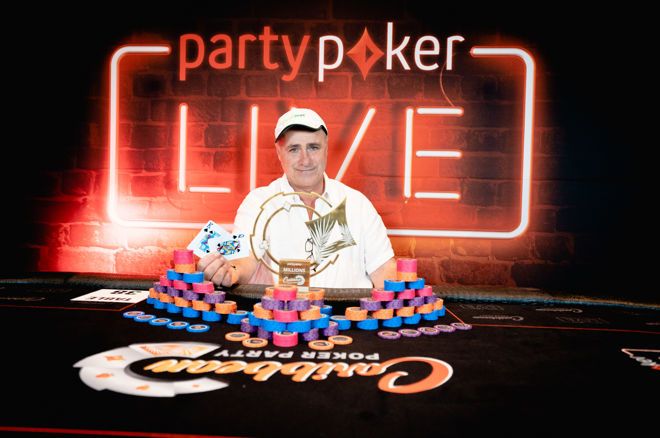 Two more events to catch up on.
The World Series of Poker (WSOP) bracelet winner, Chris Bolek, won the $1,100 Finale and High Rollers who featured prominently in that event were Aymon Hata (5th), Rainer Kempe (8th), David Peters (10th), Fedor Holz (36th),
The WSOP bracelet winner, Joseph Couden, won the H.O.R.S.E, and two players who have each spent considerable time on the high stakes cash game tables of the past, Mike Sexton (2nd) and Bruno Fitoussi (3rd), also made money.

The Best of the Rest

In the summer of 2017, Patrick Leonard won three high rollers, back-to-back in the Bellagio and ARIA for a combined sum of then declared a live tournament hiatus so he could concentrate on his online game, partypoker responsibilities and leadership at bitB Staking.
Leonard fans are in luck.
It seems live tournament poker is on his 2019 schedule, and that will mean more sightings of him at the high stakes tables.

I took almost entire 2018 off of live poker, 2019 is going to be the year of showing up #trophyhunting ..predicting February 7th post standard flip tweet about sticking to online and how it’s so dumb

I remember trying to interview David Peters after he had won the $1.1m first prize in the HKD 500,000 No-Limit Hold’em Six-Max event at the Triton Poker Series in Jeju.
The man could barely speak.
Intercontinental travel is one of the impediments to success for high rollers, and this week Daniel Negreanu pointed people towards this article from Harvard Business Review as A ‘Fast’ Solution to Jet Lag.
Check it out.
https://hbr.org/2009/05/a-fast-solution-to-jet-lag.html
As well as helping people overcome jetlag, Kid Poker is also assisting disadvantaged children. This week the PokerStars ambassador announced plans to host the St. Jude Against All Odds Poker Tournament in March, with all proceeds going towards the St. Jude’s Children’s Research Hospital.
If you want to support Daniel, then follow the blue line.
https://www.stjude.org/get-involved/find-an-event/dinners-and-galas/against-all-odds.html
Philipp Gruissem is one of the busiest high rollers in the media at the moment. The partypoker ambassador featured in another interview this week, this time spilling the beans on his penchant for rapping (unless they misspelt crapping), his role at partypoker, and much more.
Check it out.

Philipp Gruissem: “It has been an amazing journey“

Sorel Mizzi has had a good month. The Canadian high roller who finished third in the World Poker Tour (WPT) Main Event in Montreal finished fifth in the $50,000 Super High Roller at the CPP, popped up on Twitter with a savvy idea for live tournament organisers to turn unused time bank buttons into big blinds to promote faster play.

Idea for @partypoker @partypokerlive live MTTs – in time bank tournaments , unused time bank extensions get turned in for 1BB each before they get replenished. Encourages + incentivizes players to act quick.

What do you think of Sorel’s idea?
And that’s this week’s Pinnacle.