The Pinnacle: $5 to a Million in Online MILLIONS; SHRB Draw and More

I’m listening to William Shatner on Spotify.
What’s going on?
William Shatner?
He’s banging on about mountains in the air, and the need to get it together man. I would have thought a man like Shatner would have been on the scrapheap by now. What versatility.
TJ Hooker.
James T. Kirk.
Singer.
I need serenity.
I need peace.
It hasn’t happened yet.
Well, let’s see if I can bang out the week’s top stories from the world of the High Rollers before it does.
Online Poker News: Record-Breaking Online MILLIONS; Greenwood Doing His Bollocks; Talal Shakerchi Making Sunday Million Final Table
I don’t know how much air to put into a tyre. I don’t understand when the oil needs topping up. Temperature means nothing to me.
But I know this.
partypoker made history this week.
The online poker behemoth hosted the wealthiest online poker tournament since the days of the Allosaurus, when 4,367-entrants created a $21,385,000 prize pool, easily beating the $20m guarantee that many (including me and Shatner) thought they had no chance of achieving.
Four people had their siblings hoping for a handsome handout.
Manuel Ruivo won the world-record prize of $2,329,944 after cutting an ICM deal with Pim de Goede that saw the Dutchman become only the fourth player in history to win a $2m+ prize, collecting $2,309,995.
And check this out.
The Slovenian, Scarmak3r, parlayed a $5 online satellite win into a $1,364,688 windfall.
The dream is still alive.
Pedro Marques was the fourth player to bank a seven-figure score = $1,091,750.
And there was another record, but one Sam Greenwood likely didn’t want.

12 bulleted online Millions. Is that the high score?

So that’s how they make these imperious guarantees!
partypoker didn’t reserve all big money for the partypoker tournament tables. Sam Trickett and Rob Yong had a good week, collecting $300k+ each from a $200/$400 Pot-Limit Omaha (PLO) game that included the likes of Matt Kirk. Trickett used the money to buy himself a nice new shirt in preparation for handing Team USA their first Mosconi Cup win since 2009.

I’ll be presenting this trophy to the the winners of the @partypoker @MosconiCup later on. Who’s going to win? pic.twitter.com/CKfGgfNls8 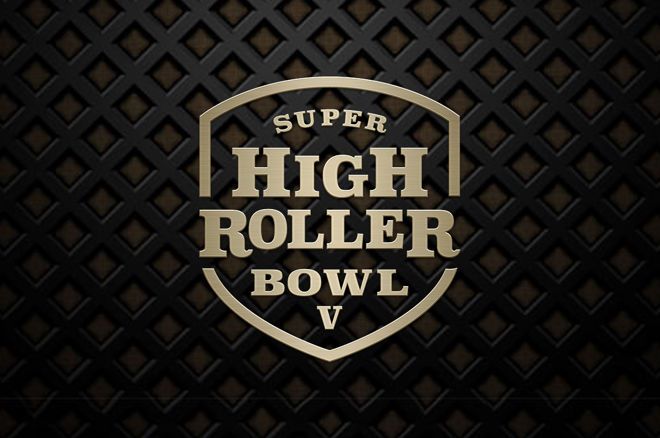 The organisers of the Super High Roller Bowl V (SHRB) had a brain fart this week. The live lottery to determine the first 24-picks should have gone ahead on Nov 27, but Poker Central cancelled it without telling any of the players.

Hey @ARIAPoker @PokerCentral @PokerGO @TDPaulCampbell
I really don’t know what’s up this year, but not giving out any information regarding #Shrb is really annoying. Would be great to know whether I should book a flight to Vegas or not in a couple of days.

Lamb joined Justin Bonomo, and a whole host of degens as Short-Deck, Medium-Deck, Call-It-What-You-Want-Deck appeared on Poker After Dark for the first time this week.
Thor Hansen Passes; Smith Charity Drive; Bathroom Bet Update
The Norwegian legend Thor Hansen finally lost his battle with cancer this week, but boy, did he put up a fight. Six years ago, doctors gave Hansen three months to live after diagnosing him with cancer, and yet Hansen was still riffling chips at the WPT Seminole Rock ‘N’ Roll Poker Open in Hollywood, Florida last month. Tributes poured in from all over the poker globe, but I particularly like this one from Mike Sexton.

Thor Hansen-great memories is right @padraigpoker. After being chip leader in an early WPT, reporter asked him, “What are you going to do with $1m if you win?” Thor said, “I’ll pay off a few debts.” Reporter said, “What about the rest?” Thor said, “They’ll have to wait.” #classic https://t.co/e1gHzvuZSA

Rich Alati’s father (also Richard) has told the poker media that the $100k Bathroom Bet is more to do with the personal challenge than the money. Cash game grinder, Rory Young bet Alati $100k that he couldn’t stay in a darkened bathroom without human contact or any external stimuli for 30-days, and although his father is ‘concerned’ about the bet, you sense he feels confident that Alati junior will get the job done.
Finally, Dan Smith launched his fifth annual charity drive. This year, Smith has labelled his philanthropic effort DoubleUpDrive, and the plan is for Smith and his team to match donations up to a ceiling of $1,140,000.
If you want to make a difference in the world, then donate to one of Smith’s charities, and send your receipt to receipts@doubleupdrive.com.
And that’s this week’s Pinnacle.